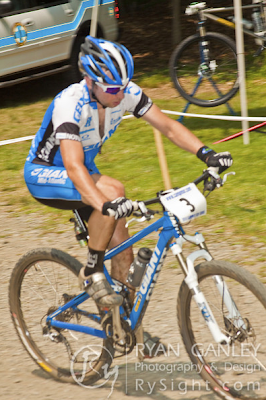 This is not the most exciting picture, but it really is representative of my race.

On a weekend where racing on dirt was plentiful, I found myself carefully choosing my poison.  Wisconsin was too far away, especially since I was moving from Philadelphia to Baltimore this past weekend.  The M.A.S.S. Stage race seemed appealing, but I didn’t think I’d have the energy for an 8hr endurance race.  So, it was off to Morristown, NJ for the Lewis Morris Challenge, a stop in the H2H/Campmor race series! 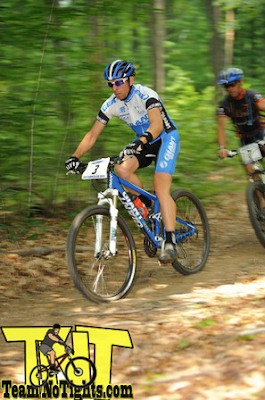 Very start of the race, the jersey would come unzipped about 1 second later…….

Now I may have been able to escape long car rides and long days in the saddle, but the one thing I could not avoid was the heat again.  I’ve never used my car AC so much!  Once I got to the race, I stayed on track by registering and finding a shady parking spot, which was harder than I thought it would be.  With shady spot secured, it was off to preview the course before the start of the race.  Synopsis:  FAST! 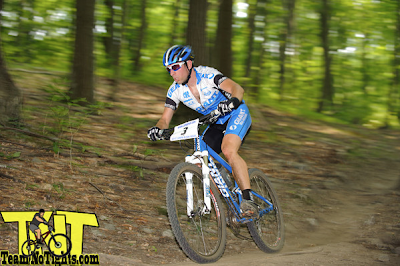 Finishing strong after going through a rough spot mid-race.

I did an easier warm-up, making sure not to overheat, and just prior to the start found a person to feed me (Thanks Pat & Pam!).  Lining up, there were about 8 Pros, 2 of which I thought could give me a run for it. Breathing, focused, we start and Ed-C puts his head down and hammers the entire first lap with Maurice G and I on his wheel.  Towards the end of the lap, he dropped us as we decided to ride our own pace, and as we started lap #2 I dropped myself and stopped to smell the roses.  After I came back to my senses, I started riding again and found my rhythm in the heat.  LOTS of pedaling on this course, and not enough difficult sections to help me pull back significant time on Maurice, who was leading the race and Finished with a big ‘W’.  Ed-C blew up apparently, and I beat-boxed my way to second place.  Not too shabby considering I was ready to ride the second lap back to my car!  Only one more step to go…….. 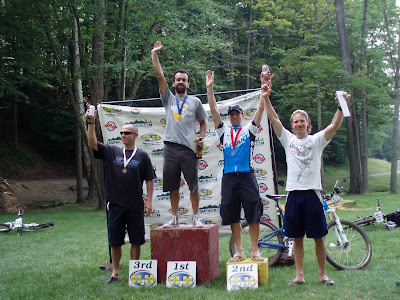 I got to stand on a podium.  Pretty rad!

The Last Last Race Report of the Season: Iceman Cometh, XC in Ecuador, and CX in the Mid-Atlantic

Off-Season Report: How to Not Get Sick (according to April and Abbey)